Who is the guardian of the U.S. Constitution?

In the book, Making of America, W. Cleon Skousen makes the following statement:

“The gradual evolution of the Supreme Court into its role as “guardian of the Constitution” is known as the power of “judicial review”.  This means that the Court can review acts of Congress and acts of the state legislatures to make certain that they do not violate the provisions of the Constitution as designed by the Founding Fathers.”

Alexander Hamilton states the purpose of the Supreme Court:

“There is no position which depends on clearer principles than that every act of a delegated authority, contrary to the tenor of the commission under which it is exercised is void.  No legislative act, therefore, contrary to the Constitution can be valid.  To deny this would be to affirm that the deputy is greater than his principal; that the servant is above his master; that the representatives of the people are superior to the people themselves; that men acting by virtue of powers may do not only what their powers do not authorize, but what they forbid”

“…The courts were designed to be an intermediate body between the people and the legislature, in order, among other things to keep the latter within the limits assigned to their authority.  The interpretation of the laws is the proper and peculiar province of the courts.  A Constitution is in fact, and must be regarded by the judges as, a fundamental law.  It therefore belongs to them to ascertain its meaning as well as the meaning of any particular act proceeding from the legislative body.  If there should happen to be an irreconcilable variance between the two, that which has the superior obligation and validity ought, of course, to be preferred; or, in other words, the Constitution ought to be preferred to the statue, the intention of the people to the intention of their agents.”
Hamilton 78    The Federalist Papers

The Judicial powers of the Supreme Court is listed in Article of the U. S. Constitution.  Do you have your copy of the U.S.Constitution?

Can the Supreme Court also overstep the powers given to them in the Constitution?

Many of the Founding Fathers felt it could and gave the following warnings:

“…the Supreme Court under this Constitution would be exalted above all of the powers in the government, and subject to no control.”

“I question whether the world ever saw, in any period of it, a court of justice invested with such immense powers, and yet placed in a situation so little responsible.”

“But the judges under this Constitution will control the legislature, for the Supreme Court are authorized in the last resort, to determine what is the extent of the powers of the Congress, they are to give the Constitution an explanation, and there is no power above them to set aside their judgment.”

“There is no power above them, to control any of their decisions.  There is no authority that can remove them, and they cannot be controlled by the laws of the legislature.  In short, they are independent of the people, of the legislature, and of every power under heaven.  Men placed in this situation will generally soon feel themselves independent of heaven itself.”

“…if they determine contrary to the understanding of the people, an appeal will lie to the people at a period when the rulers are to be elected, and they will have it in their power to remedy the evil; but when this power is lodged in the hands of men independent of the people, and their representatives, and who are not, constitutionally, accountable for their opinions, no way is left to control them but with a high hand and an outstretched arm.”

The Supreme Court judges are appointed for life and can’t be removed except for so called bad behavior.

What is the responsibility of We, the People?

"The fabric of American Empire ought to rest on the solid basis of the consent of the people. The streams of national power ought to flow immediately from that pure, original fountain of all legitimate authority."
Hamilton 22     The Federalist Papers

"If the people were not tainted with the spirit of their state representatives, they as the natural guardian of the Constitution, would throw their weight into the national scale and give it a decided preponderancy in the contest. Attempts of this kind would not often be made with levity or rashness, because they could seldom be made without danger to the authors, unless in cases of a tyrannical exercise of the federal government."
Hamilton 16     The Federalist Papers

“Every government degenerates when trusted to the rulers of the people alone.  The people themselves, therefore, are its only safe depositories.  And to render even them safe, their minds must be improved to a certain degree.  I consider the people who constitute a society or nation as the source of all authority in that nation.  All authority belongs to the people.”  Jefferson

Learn more about the U.S. Constitution so you can do your job of protecting it.  I highly recommend you purchase the book, Making of America by W. Cleon Skousen, if you have not already done so, then read it, it is a great book on the Constitution and its meaning. 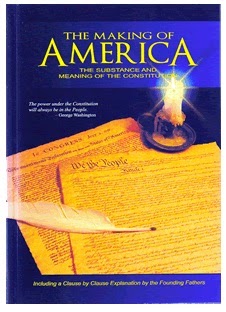 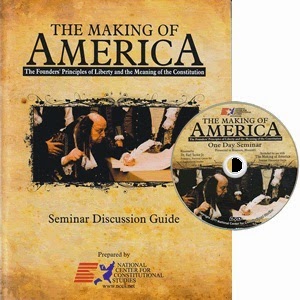